Pediatric urolithiasis is uncommon in western Europe with an incidence in the U.K. reported to be less than 2/million population but much more frequently encountered in the stone belt. In endemic urolithiasis, bladder calculi were much more prevalent but with industrialisation, this incidence is decreasing.

Urinary tract calculi are being recognised with increasing frequency  with boys being affected more than girls.  The vast majority of stones are seen in the upper urinary tract .

The pathophysiology of stones is multifactorial and is determined by a combination of urine flow and volume, crystal saturation and the urinary pH. Any factors affecting these components may give rise to urinary tract stones (see Figure 1 below) 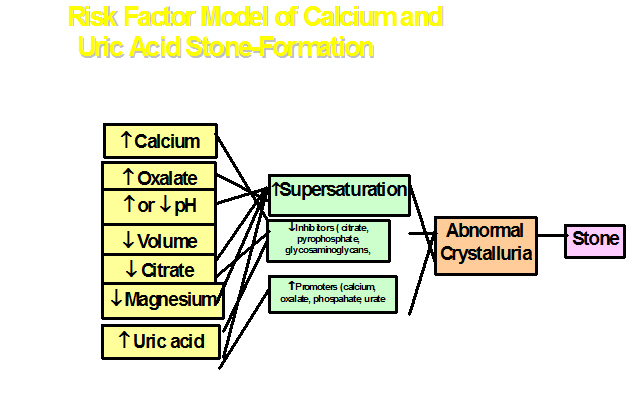 Supersaturation is the first prerequisite for stone formation. Crystallisation occurs due to supersdaturation in association with an imbalance between promoters (increase) and inhibitors (decrease). Promoters are mainly calcium, oxalate, phosphate and urate. Inhibitors are citrate, ,pyrophosphate, glycosaminoglycans and glycoproteins. Following supersaturation, crystals form in the lumen of the tubules and may aggregate. If there are underlying metabolic disorders or dietary causes, this may cause supersaturation. Poor diuresis may aggravate the supersaturation. Urinary infection, most commonly due to urease producing organisms cause alkalinisation of the urine and crystallisation/supersaturation of several compounds such as struvite or carbapatite and ammonium urate.

Stones may be encountered early in the postnatal period in premature babies who have been administered furosemide for their chronic lung disease. While not strictly stones, this condition is known as nephrocalcinosis with crystals being deposited in the medullary interstitium rather than the collecting system.

Diagnosis: The diagnosis of stones in children requires a high index of suspicion as the presenting features may be varied. In any age group, the symptoms may be those of a urinary tract infection with dysuria, frequency, hematuria and passage of grit or small stones or matrix. This may be accompanied by pain. In babies, stones may manifest themselves with lethargy, irritability, poor feeding, pyrexia.

The confirmation of diagnosis rests on appropriate imaging. In children, the main imaging modality is the renal ultrasound (US) along with a plain film KUB. The US is sensitive, specific and can detect stones throughout the urinary tract. In the kidney, it can demonstrate the location of the stones in the collecting system. However it is operator dependent and may miss stones in the mid ureter or distal ureter especially if obscured by bowel gas and if the bladder is empty. The plain KUB film is a useful adjunct to detect stones. However faecal loading/bowel gas may obscure the view and hence the plain Xray is not as sensitive as the US.
Other imaging modalities can be used in those cases where there is a high index of suspicion but no stone is visulaised by the combinationof an US and KUB. In such cases a unenhanced spiral CT may demonstrate the presence of a stone. Functional imaging prior to any intervention is important and the author routinely performs a DMSA scan prior to any intervention. At the time of the DMSA scan, it is worthwhile obtaining an IVU to demonstrate the calyceal anatomy as this may affect the approach especially if a PCNL is being considered.

Nature of stones: The nature and composition of stones can influence the choice of technique and the success of the procedure. Cystine stones are notoriously hard to disintegrate and the stones are faintly opaque. Struvite stones usually have enough calcium phosphate incorporated to make them opaque. Uric acid stones are radioluscent and calcium oxalate stones are the most radioopaque.

If a stone is suspected, a full history including a dietary history should be carried out. A family history of metabolic disorders or stones is important. Any urological history that may predispose to stone formation such as a augmentation cystoplasty should be addressed. Laboratory evaluation includes urine bacteriology and biochemical analysis of blood and urine. Blood sampling should include electrolytes ( including creatinine), calcium, phosphate and uric acid. Urine analysis is usually performed on a 24 hour urine collection although most labs can now perform the evaluation on a spot sample of urine. Urine should be analysed for calcium, oxalate, uric acid, citrate and urinary sodium and potassium. Calcium craetinine ration and oxalate creatinine ration can be measured.
The most important element of the evaluation is the analysis of the chemical composition of the stone to determine etiology.

In children with stones, surgical removal with complete clearance of the stone burden is the primary aim of intervention. The only indication for non operative intervention would be following removal of a large stone with a minute residual fragment which may be expected to pass spontaneously these are sometimes called ‘clinically insignificant residual fragments’. Similarily, in nephrocalcinosis or calcification in the interstitium, a watch and wait policy may be implemented as in most cases, these calcific deposits may not progress or in the the case of nephrocacinosis, may resolve. A small ureteric stone less than 4mm in diameter can be watched in the absence of symptoms and proximal dilatation in the anticipation of spontaneous passage. Medical management as is in adult practice is for the use of alpha blockers such as tamsulosin (Flomax) to relax the UVJ and thereby allowing the stone to pass.

Open surgery: Open surgery is rarely indicated for paediatric urolithiasis as the majority of the stones can be managed by minimally invasive techniques either in isolation or in combination. In certain cases, open surgery may be indicated for example in a UPJ obstruction with secondary stone formation, but even in such situations, laparosocopy may be used with excellent visualisation.

PCNL: Most of the experience in PCNL has been obtained from its use in adults. However improvement in instrumentation and smaller size of instruments has allowed this technique to be used in most children. PCNL can be used as monotherapy or in conjunction with ESWL.

Hard stone not amenable to disintegration by ESWL

US and Plain flm KUB: this allows accurate localisation of the stone in the kidney and can help plan the puncture. (figure 2a and b)

IVU: This demonstrates the calcyceal anatomy and the location of the stones within the collecting system. Anatomical variations such as duplex systems or bifid systems can also be detected preoperatively.

DMSA: through the same injection site at the same time as the IVU gives the function of the kidney. Where the kidney is poorly functioning (<10%), nephrectomy may be the alternative and better intervention.

Generation of a shock wave by several techniques and the focusing of these waves no a single point has been used in the management of stones for the last two decades. The first ESWL was performed in Germany in 1980. The principle behind the ESWL is threefold

This uses the spark gap principle to generate the shock wave. Two electrodes are placed close together and a high energy current passed between them. This creates a spark which causes development of a shock wave in the surrounding water. This can be focused on a target to disintegrate the stone.
The procedure requires that the patient be submerged in a water bath and the equipment is bulky and cumbersome. Furthermore the energy levels can fluctuate between shock waves.

This uses piezoelectric ceramic crystals arranged in a sphere which are charged and discharged to cause creation of the shock wave. This can be focused on the target with a very high level of accuracy. However the energy delivered is relatively small necessitating longer treatment times and sometimes repeated procedures for complete stone fragmentation.

This uses two coils with magnetic fields passed through them in opposite directions. These opposing magnetic fields cause the laminar membrane adjacent to the coil to vibrate thereby producing the shock wave. The wave can be focused through a concave lens or via a cylindrical lens. The advantage of this system is that the focusing adjuncts such as the ultrasound and the fluoroscopy unit are integral to the shock wave generating device. This the most commonly used lithotripter.

The shock waves cause stone disintegration by cavitation. This commences at the point of entry and creates microbubbles by evaporation of the air within the stone. These microbubbles collapse and coalesce with new microbubbles forming a secondary wave. This process progresses through the entire stone till fragmentation occurs. This process also occurs at the interface of the stone and adjacent tissue which may lead to collateral injury.

The advent of smaller ureteroscopes has made management of ureteric stones possible by minimal access techniques. Several techniques of fragmenting the stones have been described including Ho:YaG laser or lithoclast. Following preliminary retrogarade passage of a guidewire, the uereteroscope is gently advanced into te uereteric orifice and through the intramural portion of the uereter. In cases of an impacted stone, insertion of a JJ stent for a few weeks may make this easier. The stone is visulaised and may be stabilised with a basket (such as Nitinol basket). The laser may then be used. It is important to ensure that the laser is in direct contact on the surface of the stone prior to fragmentation. A basket cannot be used if a small ureteroscope (4.5F) is used or if a lithoclast probe is used.
Larger fragments can be retrieved following fragmentation using the basket but smaller fragments can be left to pass spontaneously. Postoperative stenting for a week may be necessary in case of large stones to enable the stones to pass. We do not routinely use JJ stents following ureteroscopy and laser lithrotripsy.
The main complications of this procedure are injury to the wall of the ureter and displacement of the stone up to the kidney.

Laparoscopy can be used in cases of a solitary renal pelvic stone, an impacted ureteric stone or stone in an abnormally located kidney. The technique can be time consuming and is dependent on the experience of the operator.

The theoretical long term safety and biological effects of ESWL on renal function and growth are debatable.  Brinkman et al noted no evidence of renal scarring, changes in blod pressure or loss of renal function in their series of 63 children undergoing ESWL. GFR may decrease following ESWL but returns to normal within 3 months. The radiation exposure during ESWL is comparable to other diagnostic radiographic procedures.

Ureteral dilatation does not increase the risk of stricture and significant vesicoureteral reflux following ureteroscopy. The incidence of low grade VUR can be as high as 15% after ureteroscopic procedures.

The management of paediatric stones has come a long way over the last two decades. Improvements in technology have played a major part in this development. For such a service to be successful, it requires a dedicated specialist prepared to lead the multidisciplinary team. Furthermore, these procedures take time especially during the learning curve and the entire team should be prepared for this.

In terms of technology, the previous 24 or 26 Amplatz sheaths could be difficult and possibly traumatic to infant kidneys. The advent of the mini perc kit with sheaths as small as 11 Fr and a mini nephroscope has allowed this to be used in small children. This technique however necessitates the use of laser which in cases of a large stone burden can take a long time to clear.

It goes without saying that such a service cannot be set up and be successful without having all the required equipment including adjuncts. In our service, we have the adult and mini perc kits including nephroscopes; flexible and semi rigid ureteroscope, flexible cystoscope, laser, swiss lithoclast, a selection of guide wires ( including hydrophilic), a cobra (vascular) catheter and a range of baskets, graspers etc. nothing can be more frustrating then being able to visulaise the stone but unable to retrieve it due to awkward anatomy and lack of the appropriate instrument. 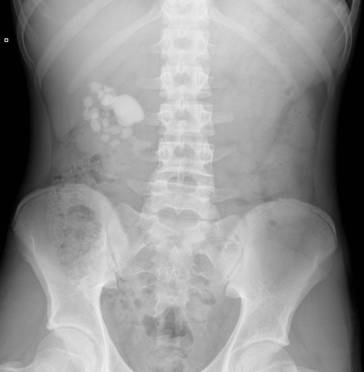 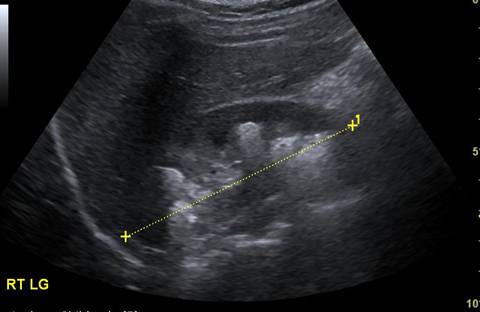 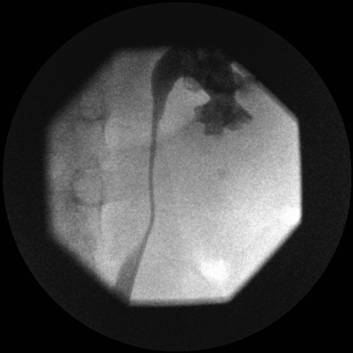 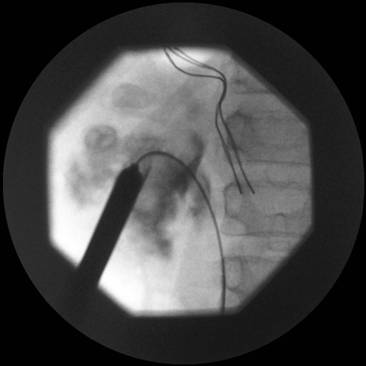